GETTING TO KNOW RIK

In competitive real estate markets like the North Shore and Vancouver, you’ll be glad to have a former professional athlete on your side. Whether you’re a buyer or a seller, Rik will use the drive and determination he honed during his successful tennis career to ensure your real estate goals are met.

Rik was born in Italy and spent his formative years in South Africa. His tennis career took him all over the globe to more than 30 countries. This extensive travel taught Rik how to navigate through different cultures, languages, and communication styles and also gave him a unique perspective on dealing with adversity and managing unforeseen challenges – always with a positive attitude!

Rik firmly believes in the value of continuing education. With a natural affinity for numbers, he completed a certification in technical analysis of the stock market even in the midst of pursuing his tennis career. Rik then completed a Bachelors of Business Science degree focusing in finance. His understanding of financial matters combined with his real estate expertise means you’ll receive knowledgeable advice on what is most likely to be your largest investment.

SUCCESS ON THE COURT

Translates to success in the real estate market. Qualities consistent with a successful realtor are a byproduct of Rik’s life as a pro-athlete. Motivation, integrity, professional preparation, the pursuit of excellence, and the ability to compete and win at the highest level are just a few of the assets Rik will bring to your home search.

Before settling on the North Shore and joining the world of real estate, Rik was a part of the ATP World Tour. Rik competed at all the majors, including Wimbledon and the US Open, as well as against top players such as Rafael Nadal, Novak Djokovic, Andy Roddick, and Andy Murray. Career highlights include winning the prestigious Davis Cup Commitment Award (one of only four South Africans to receive this award), the singles title at the Odlum Brown Vancouver Open in 2006, and the doubles title at the same tournament in 2007 and 2009.  With 37 titles, Rik currently holds the world record for the most doubles titles on the World Challenger Tour.

The community in which you live is just as important as your home. For Rik, it has always been important to contribute to the community and its livability. In South Africa, Rik helped support a disadvantaged primary school in his childhood neighbourhood by exposing students to a sport they may never have been able to try and by providing tennis equipment, clothing, and rackets. Currently, Rik volunteers his time, experience, and expertise with the next generation of Vancouver tennis players.

Rik also supports a charity foundation that is close to his family's hearts, the Strachan Hartley Legacy Foundation. Every year the foundation hosts the SHLF Run, a charity fun-run held in the Canyon Heights community with the start and finish at Handsworth School. Rik sponsors the event and also volunteers his time to host a fun mini-tennis area for kids to experience the joy of tennis, a sport which has given Rik so much. 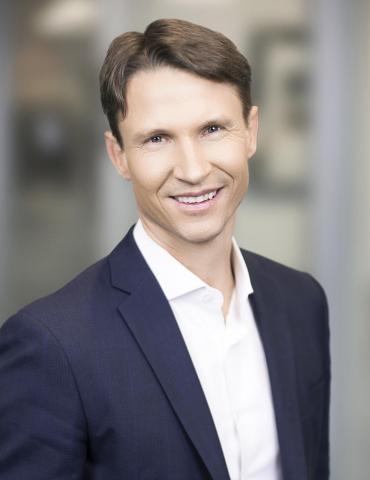 We are very grateful to have Rik as our agent for a second time. His service is amazing and he put all his efforts into making everything go as smooth as possible. We are still amazed in this market that we were able to sell our property in such a short time - 2 days on the market ! Rik kept us well informed about market conditions and gave us the best advice regarding our sale and purchase of a property that we fell in love with. We highly recommend his services.

Professional and persistent! Rik was able to sell our home in 24 hours with a 2 week closing and very few conditions. He made the process very efficient and easy, requiring little work by my wife and I. Rik will come highly recommended by us for people who are looking to get the job done with minimal hassles. Thank you!

Rik helped me find the perfect investment property. His knowledge of the area combined with his statisical breakdown of recent sales assisted in the negotiating a great price. I will happily recommened Rik to any future buyers looking to find an investment proeprty.

I was so happy that Rik found our new home fo us. Rik sent us a detailed list of properties that met our needs in our desired area. He then set up a tour to view the homes that we preferred and offered some expert advice on each one. We narrowed down our search, discussed a price we were comfortable with, and successfully bought our new home, all within a few weeks.

Rik did a first-rate job selling our house in a weekend and for over asking price. He achieved this by expert marketing and holding three hour open houses on both Saturday and Sunday, inviting offers on Monday. He priced our home based on the most recent market data thereby attracting multiple offers. We would highly recommend Rik to anyone buying or selling especially on the North Shore."

Rik was recommended to us by friends and his services exceeded expectations. We appreciated his thorough market research, knowledge and attention to detail as he assisted us in the sale of my mother’s apartment. He was always available to answer questions in a timely manner, offering good guidance and sound advice, with an excellent result.  I highly recommend his services.

We have had the great pleasure of working with Rik over the past year in both the purchase of our home and the recent sale of our home.

In September, we decided to list our home with Rik. Initially, we had tons of interest in our home through the many open houses and showings but unfortunately no offers. Rik was bang on with his explanation of the current market and the potential type of buyer who would be interested in purchasing our duplex. He followed every lead and reported back to us instantly of the results of these conversations.

With the market taking a turn in October, We became quite discouraged. Rik really had his hands full but never wavered in his approach and professionalism. He thoroughly covered all of the bases with a great attitude and dedication to selling our home. He continued to explore all potential avenues.

In November, We ended up renting our home for a year with little hope of selling given the current market and the fact that we had rented our home for a year. Rik kept at it! Out of the blue he brought us a buyer who absorbed the tenancy and brought us a very competitive offer. We were thrilled! It was the best of all possible outcomes for us and was a huge relief. Rik's diligence made the difference!

Nina and I have found Rik to be an outstanding agent who cares about his clients and delivers the utmost in service with a level of professionalism and dedication that we haven't seen before in many of the other agents we have used previously.

We have recommended Rik to many of our friends without hesitation and will use him always in any of our future Real Estate dealings.

Rik comes highly recommended by us to anyone buying or selling a property of any type.

We really appreciated his professional and thorough approach in marketing our home. He was always readily available to provide us with excellent advice and to answer our questions.

He was calm, adaptable and persistent over several months of showings in a tough real estate market.  He helped to minimize our stress and to keep us on track.  Rik's expertise, diligence and persistence paid off.

We sold our home and are confident that he helped us make the right decisions at every turn. It was obvious to us that Rik is able to successfully combine caring dedication to his clients with professionalism and real estate smarts.

Thanks Rik, for all your great work.

Thank you Rik for all your advice and guidance in selling my condo in less than a week.
You thoroughly explained all my options on how to deal with offers , and I was able to make the right decision for me.
Staging my place was a very positive experience , even though I was hesitant at first , but I’m so glad you encouraged me to do it . Monique was fabulous and I am very happy with the outcome and offer.
Thanks again